Crabgrass and Bermuda are often described as evil weeds that invade the perfect fescue yards of suburbia.

These grasses infiltrate fescue lawns and even branch out into foundation beds containing shrubs and annuals. Even if the heady green-thumbed property owner thinks to edge his or her beds with stone or other materials, these grasses can and will crawl over and under such obstructions and cause havoc in short order.

Most gardeners dread the thought of dealing with these grasses; especially bermuda; often confused with crabgrass. The roots of bermuda spread out along the many different off-shoots, which run shallow and also at moderate depths under the soil. These strands are very stubborn, as many a homeowner will attest.

These weeds, like many embedded problems in our world, are very difficult to pull or eradicate, and homeowners often exhaust themselves if they do not have the proper tool to deal with such problems; like a trowel. It’s really very simple. Just use the trowel to loosen the dirt around the weed and the roots come out easily. But if you do not use the tool, the weeds are difficult, and you will tire of the task quickly; in addition if all the roots are not removed the grass will come back in short order.

One thing to watch out for: fire ants often inhabit the earth around bermuda and you will see the sub-surface colonies unearthed as you work the soil with the trowel. Do not despair; these critters are nasty and will bite if you don’t let them alone a few moments. But you will quickly note that they are greedy little miscreants; working to save their hidden treasures. They will scatter and you can go back to work quickly after they have exposed themselves for what they are. Nothing more than covetous biting hindrances; easily dealt with once they have been exposed to the light. 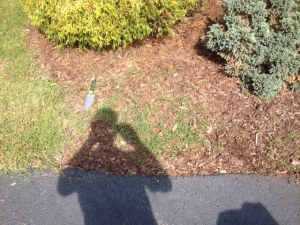 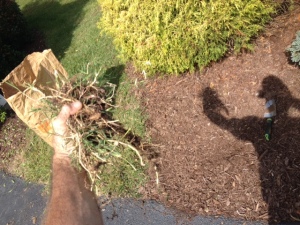 Now to the point.

I was first told of the need to work this particular property; where I was again today, by a few long time customers and close friends. The home and surrounding property is a rental they own. They had received a letter, a very harassing letter, in which a neighbor had actually taken the time to research one of the owners in great detail. He had determined the number of law degrees previously attained by my client, he had questioned his work ethic, his wife’s occupation and even tried to question me in excess on my first visit to the property. He was bordering on stalking; in a passive-aggressive way of course.

Now in addition; you must know that I have many clients in this particular area, and I have often told each of them that it’s a shame they need me. You see they already pay a great deal of money monthly for a landscaping service. But this service only mows the grass as needed in spring and summer and shears the shrubs twice a year. They also spray a few chemicals and aerate as well as seed the grass once a year, and finally sprinkle a thin amount of mulch; also once a year. All of these people have historically received at least one of these harassing letters from the homeowners board each year.

Now I will not go into how incompetent the service is; the service the homeowners board appoints, not the actual homeowners choice. I could go on in great detail about how they shear off the buds of blooming evergreens every year, how they never trim the walkways or foundation beds after they mow, or how they sling grass seed into the foundation plantings, etc.

But what I will discuss is this: Those that move here must sign a lengthy agreement (interestingly an agreement my clients and I have utilized to help the owners of these homes) where they agree to pay this service a hefty sum. But the devil is in the details – as usual.

You see the service does not work the beds at all. The lawns are supposed to be comprised of fescue. However, since the service is incompetent, only crabgrass and bermuda are present. And these irritants, of course, overrun the beds and plague my customers. Now these people are all retirees, average ages are 65 – 85. Should they be expected to pay a fee to have a landscaping service that only does half of what any respectable maintenance landscaping crew should be expected to do?

But the service and the homeowners board are all-too quick to refer these people, the people that already pay a monthly fee for landscaping and maintenance, to another company that will come in and charge them another ridiculous fee to do the rest of the work the first service should already be doing. And the homeowners board members also walk around the neighborhood daily with clipboards to write down any violations, as if the neighbors were complaining (I’ve watched them while I’ve worked there) only to send harassing letters to the tenants.

Now this finally came to a head with me because (back to the original story and clients) the homeowners board did not research my clients enough. The people they sent a harassing letter to are both nearly immobile and cannot do any manual labor. I work for them weekly at their private residence as well. So instead of a simple phone call or one letter that wasn’t harassing in nature, simply asking for a reason the work (which my clients thought was being done by the service they were already paying) wasn’t done; they took the time to research their work history and sent a very spooky and invasive letter to them. Interestingly enough, these board members could have done the work in less time than it likely took to get the information they researched, and then had the letter drafted and awaited a response from.

So I went and remedied the problems. And I will not bore you with the details of how I was continually bothered by multiple total strangers in the area trying to tell me what to do while I worked. Except that it ultimately factored in, along with the improper care of the lawns by the locale’s appointed landscaping service.

You see in one of the tiny print details in the needlessly lengthy agreement the tenants of this area must sign there lies a useful sentence. It reads basically that the tenants must not in any way bother the workers of the service. Because they might actually have something important to tell the laborers who are taking such poor care of their property.

But since my client has many law degrees and I have a mind fit for upending corruption, even at this obvious grass-roots level hahaha; we decided to take them on. We decided they should take better care of the lawns, so the resident’s beds aren’t overrun by weeds and grasses that shouldn’t be in the lawns in the first place. They shouldn’t have named fescue as the grass in the lawns in their agreement; tisk, tisk.

In addition, we demanded they not bother any of the additional workers whom the residents have to hire to work their properties; since they seem to think it so important, and in their best interests when it comes to the employees the service they have acquired to work the grounds in question. And I am happy to report it’s all working nicely. The lawns have been aerated and reseeded with fescue, the beds are in much better shape, my customers and the surrounding neighbors have much less of a need for additional workers and the letters have ceased; at least for now. I was also not bothered in the slightest today while I worked there, even as the same people who constantly badgered me several weeks ago were indeed present and outdoors.

And if this will ultimately mean I have to find customers outside of this area; that will be easy enough, and I will be very happy to do so. The referrals I have already received from the many customers I have there, along with the friendships that resulted in our business together are far more than I had ever expected before I took the first job there.

You see, you can upend conspiring fools, even with their own literature. 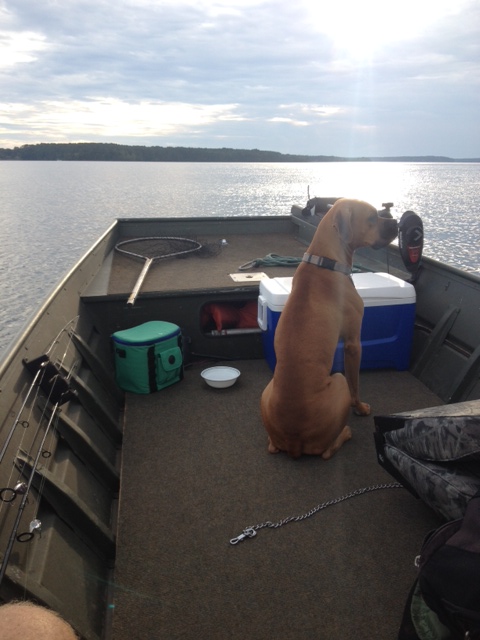 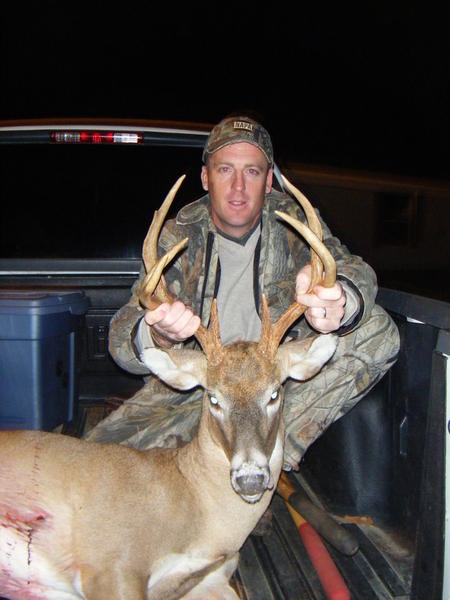 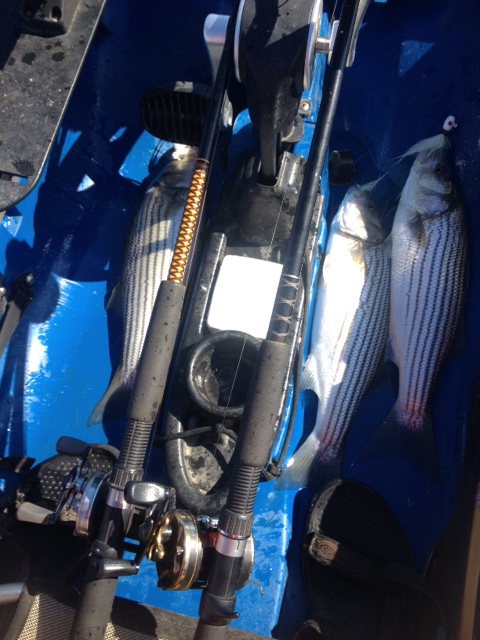